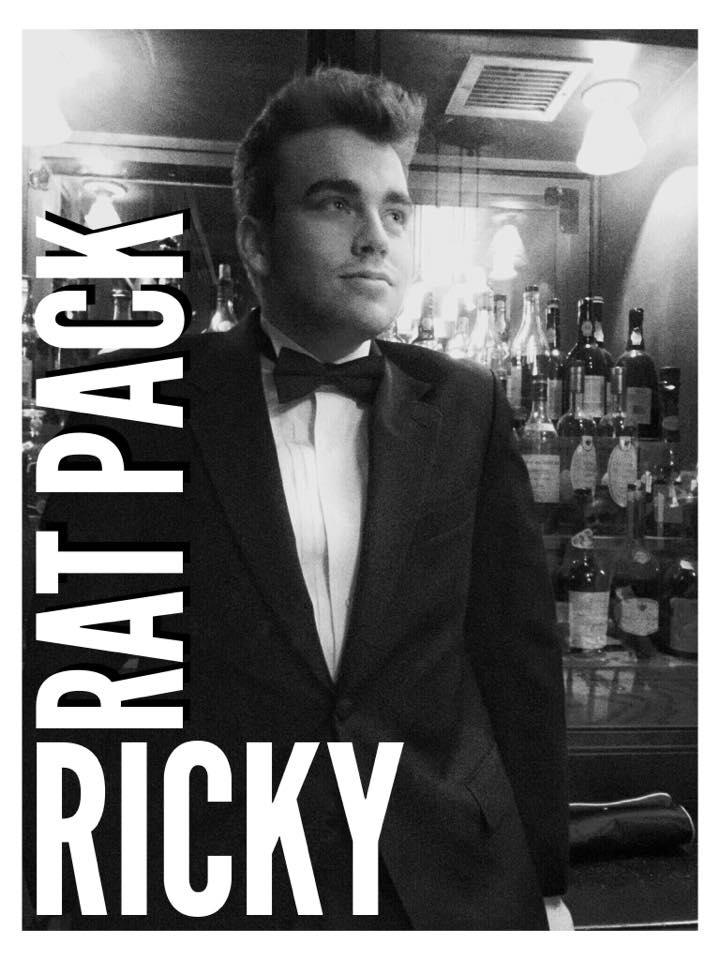 Ricky Medlin Jr. has been dubbed “Rat Pack Ricky” by musicians, restaurant owners, and audiences alike. Due in part to the style of music that he performs and his various samplings of music from the “Great American Songbook.”

Ricky has received critical acclaim from music professionals and loyal clients that have enjoyed his live performances. He’s been the recipient of singing awards – including a worldwide talent contest sponsored by the Air Force.

Ricky has performed shows at the Legendary Copacabana, in NYC, the Light Nightclub, Mandalay Bay, Las Vegas, The Palace Ballroom, Caesars Palace, Las Vegas, The Avalon Ball, Catalina Island, and the Queen Mary, Long Beach. In addition to performances at the historical Wilshire and Newport Beach Country Clubs, and the Budweiser Corporation. Ricky entertains at special events, corporate parties, Fairs, restaurants, nightclubs, and cruises. Ricky continues to be a featured artist at the historic Cicada Club, in downtown Los Angeles, as well as the historic Smoke House, located across from Warner Bros. Studios, in Burbank. Ricky’s opened for up-and-coming Rock bands at the private club, “On the Rox,” located above the historic Roxy, on the Sunset Strip, Hollywood. A rocker commented: “The real Rat Pack are probably raising a glass to you for being one of a limited number of crooners ever to perform at this historically Rock & Roll venue.” Ricky’s performance earned him numerous accolades and an invitation to return. Finally, for details regarding the different performance packages offered by Ricky please use the contact label at the top of the website.

Ricky enjoys giving back to his community by lending his musical talents to worthwhile charitable organizations such as:

Finally, Ricky appreciates your trust in allowing him the opportunity to provide entertainment for your honored guests. So, without further ado, let’s dim the lights and enjoy the smooth sounds of Ricky Medlin!

Manage Cookie Consent
To provide the best experiences, we use technologies like cookies to store and/or access device information. Consenting to these technologies will allow us to process data such as browsing behavior or unique IDs on this site. Not consenting or withdrawing consent, may adversely affect certain features and functions.
Manage options Manage services Manage vendors Read more about these purposes
View preferences
{title} {title} {title}